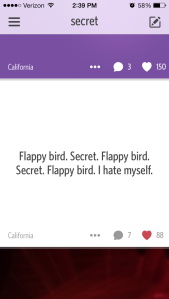 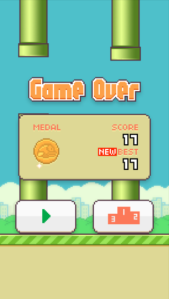 We all agree that 2013 was the year of the selfie. So when the ball dropped and we entered 2014, my family spent some time discussing what themes we’d see in the coming year. We were left blank and uninspired – in disagreement about what was to come. It took us until February, but after a rainy weekend in San Francisco, I think we have our answer. 2014: The year of the instant-gratification consumer app.

In the consumer tech world, 2013 was a year of finessing and expanding upon some previously proven concepts. Snapchat blew up, capitalizing on its 2012 successes; I added Lyft and Sidecar to my repertoire, in addition to Uber. Waze replaced Google Maps and then got purchased by their very competitor. In all, 2013 felt like a stale year for new technology especially as it pertained to iPhone and Android apps.

Enter 2014. Users seem to be thirsty for an easy-to-adopt service that takes them away from their day-to-day reality for just enough time. Whisper, Secret, Frontback, and the crown jewel, Flappy Bird (RIP) are dominating the smartphone real estate and time commitment from users of many demographics. They are fun, lighthearted ways of passing time, and might be a little too addictive for their own good.

The common thread here is that gamification, both literal and embedded into apps, is on the rise once again. Consumers need to be engaged with the app enough to keep them coming back for more. I predict this year we will see many large consumer platforms acquire or partner with these gamified systems to keep their own users enticed.

PS after 48 straight hours of Flappy bird, 30 is my high score and I’m proud of it.